Our research project explores minority women’s activism in the context of the on-going economic crisis and austerity measures in Scotland, England and France. We examine the differing ways in which minority women seek to advance a politics that names complex and multiple inequalities and the dilemmas they face when attempting to build new coalitions and new solidarities in these uncertain times.

Minority Women and Austerity: Survival and Resistance in France and Britain

Bassel, L. and Emejulu, A. (2017) Minority Women and Austerity: Survival and Resistance in France and Britain. Bristol: Policy Press. 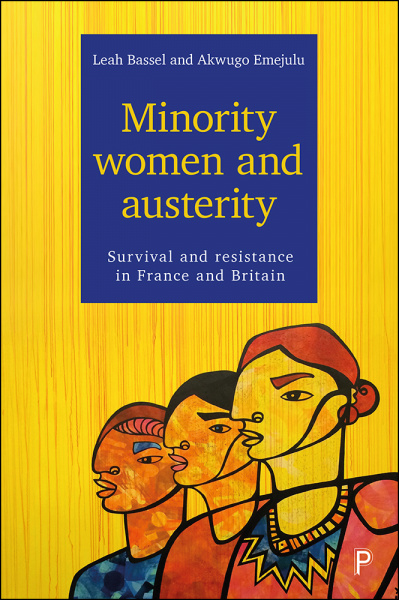 The 2008 economic crisis and subsequent austerity measures represent a contradictory moment for minority women in France and Britain. On the one hand, the ‘crisis’ is not necessarily a new experience for these women. In pre-crisis France and Britain, minority women were already in precarious social and economic circumstances. On the other hand, however, crisis and austerity do represent an important change in the circumstances of minority women. Due to the asymmetrical impacts of austerity, minority women are disproportionately disadvantaged by cuts to public spending thus sharpening and deepening their existing inequalities. Despite minority women’s routinised experiences of inequality, they are not passive objects at the mercy of economic restructurings and particular policy priorities. Minority women, often operating in hostile contexts among ostensible allies, are organising and mobilising in innovative ways to advance their intersectional social justice claims. Our new book examines minority women’s experiences of and activism within the austerity regimes of France and Britain. Through in depth case studies of the particular dynamics of austerity and activism in Scotland, England and France, we explore how the rebalancing of relations between the state, the market and civil society generate both opportunities and dilemmas for minority women activists, advancing a ‘politics of survival’ in these uncertain times.

The ‘Violence of Austerity’ collects the voices of campaigners and academics to show that rather than stimulating economic growth, austerity policies have dismantled the social systems that operated as a buffer against economic hardship, exposing austerity to be a form of systematic violence. This article, by Akwugo Emejulu and Leah Bassel, highlights the political action undertaken by women of colour who, in spite of their adverse suffering at the hands of the Conservative government, have organised and fought against austerity policies. 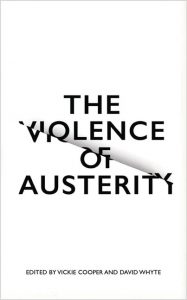 Whose Crisis Counts? Minority Women, Austerity and Activism in France and Britain 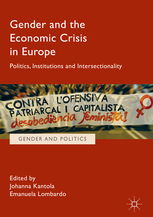 In this chapter we examine minority women’s institutionalised precarity in pre and post crisis France and Britain. Minority women must negotiate a paradox of misrecognition—they are simultaneously invisible and hypervisbile in the constructions of poverty, the economic crisis and austerity in these two countries. Even though minority women experience institutionalised social and economic inequalities, too often their experiences and perspectives are erased or devalued by social movement ‘allies’ and policymakers alike. Despite their calculated erasure, minority women are organising and mobilising in innovative ways to resist their inequality and advance their intersectional social justice claims.

Caring Subjects: Migrant Women and the Third Sector in Scotland and England

We situate racialized migrant mothers as political actors in the landscape of austerity in England and Scotland. We explore the possibilities of a politics around caring work. We ask: What “caring subjects” are possible, under austerity? A “politics of care” can challenge the dichotomy between private caring and public citizenship practices. However, we argue that the shift from a “culture of care” to a “culture of cuts” poses significant challenges to this politics in third sector spaces, particularly when processes of racialization are brought to the fore. We move beyond “reductionist economism” to explore how the current economic crisis is also one of social relations. The re-privatization of caring and reproductive work generates new forms of subjectivity and social reproduction. Within the supposed “monolith” of neoliberalism, a multiplicity of subjectivities are engendered which open some spaces for resistance and subversion.

Based on their study of minority women’s activism in the context of the economic crisis in Scotland, England and France, the authors question how well third sector organisations, policy-makers and social movements have responded to minority women’s perspectives and needs arising from austerity and racism. Apart from being disproportionately affected by the cuts, minority women are also undermined by dominant discourses which can (mis)represent them as either ‘victims’ or ‘enterprising actors’. There appears, from the excerpted interviews, to be a disconnect between minority women’s experiences and analyses of their precarity, their desire to take radical action and the compliant and domesticating projects and programmes that are currently being offered by some of their third sector ‘allies’.

Solidarity under Austerity: Intersectionality in France and the United Kingdom

In this article, we argue that in order to understand and counter the asymmetrical effects of the current economic crisis, intersectional analyses and coalition building are required. Our research aims to address a tendency in some intersectionality research to underplay or sideline social class and capitalist relations (Anthias 2012, 6, 15; Skeggs 2008). Our goal is to expand intersectionality to questions of political economy that are not typically viewed through this lens (Strolovitch 2013, 168). Sophisticated theorizations of social locations, divisions, processes of differentiation, and systems of domination (Dhamoon 2011) within intersectionality literature can thus become tools to name and challenge the effects of the economic crises that are deepening social and economic inequalities in Europe.

Struggles for Institutional Space in France and the United Kingdom: Intersectionality and the Politics of Policy

This article uses intersectionality as an analytical tool to explore struggles for institutional space in policy processes in two ostensibly contrasting contexts: “republican” France and the “multicultural” United Kingdom. Specifically, the article undertakes within-case analysis of three policy processes. In France, we discuss the debate over laïcité, or secularism, the subsequent formulation of the March 2004 law banning the wearing of religious signs in state schools, and the creation of the High Authority for the Fight Against Discrimination (HALDE). In the UK, we examine the problem definitions, language, and subject positions constructed by the 2008 Single Equality Bill. The result of these analyses is that institutional actors employ similar (though not identical) practices in relation to intersections, which have similar outcomes for minority groups on either side of the English Channel. Through what we term a “logic of separation,” institutional actors severely curtail the “institutional space” available to minority ethnic groups to make complex and intersectional social justice claims. Even though France and the UK are often portrayed as opposites with regard to constructions of citizenship, we argue that these seemingly differing traditions of citizenship end up having a similar effect of misrecognizing minority women and men’s experiences and demands.